Labour measures in the PGE 2022 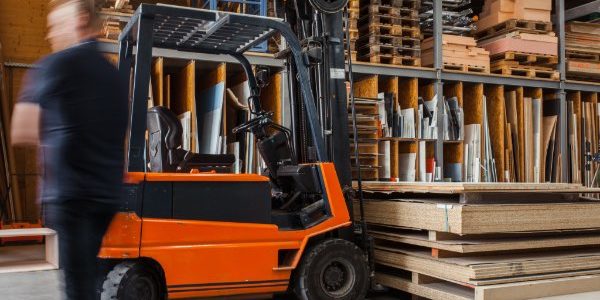 Labour measures in the PGE 2022

The experts of our Labor Law Firm summarize below the labour measures included in the PGE 2022.

As of January 1, contributory pensions will be revalued by 2.5% for the year 2022. This increase is the result of the average consumer price index (CPI) between December 2020 and November 2021. According to the formula agreed with the social agents last July. And which guarantees the purchasing power of pensioners. This increase will be the same for Passive Class pensioners.

However, minimum pensions, non-contributory pensions, dependent children’s pensions and the Minimum Vital Income will experience a higher increase, which will be 3%.

But first, the Government will have to increase pensions in 2021 by means of an extra income with which it will adjust the 0.9% increase it determined at the beginning of the year, and which, in the end, has fallen far short of the final 2.5% (increase of 1.6%). This increase, which will be paid through what is known as “la paguilla”, will be paid into pensioners’ paychecks in the second part of January and will happen for the last time, since as of 2022 it will be linked to the average of the previous year. In total, adding the two effects, pensions will rise by 4.1% in 2022.

The minimum contribution bases, according to professional categories and contribution groups, will be increased as from January 1, 2022, and with respect to those in force on December 31st, 2021, by the same percentage by which the SMI increases (pending approval and publication).

However, the contribution rates that we already had in 2021 are maintained. Both for common contingencies, as well as for occupational accidents and occupational diseases. As well as for unemployment, Wage Guarantee Fund and professional training.

Contribution to the Special System for agricultural workers in the RG

Reductions in the employer’s contributions to this special system, during the periods of activity, in contribution groups 2 to 11. The resulting company contribution cannot be less than 117.07 euros per month or 5.32 euros per actual day worked (+ 16%).

Contribution to the Special System for Household Employees

The 20% reduction (45% for large families) in employer contributions for hiring is maintained.

Contribution to the Self-Employed Workers’ Scheme

Bonus in the contribution for discontinuous fixed-term contracts

Unlike the contents of the LGPE of previous years, on this occasion the bonus in the SS contributions is not contemplated, for the extension of the period of activity of the workers with discontinuous fixed contracts in the sectors of tourism, commerce and hotel and catering linked to the same. This was usually established for the months of February, March and November.

Contribution rebate in the event of a change of job position

As in the previous case, for fiscal year 2022 the 50% bonus on the employer’s contribution to the Social Security for common contingencies is not contemplated for those cases in which, due to risk during pregnancy or risk during breastfeeding, the worker, by virtue of the provisions of article 26 of Law 31/1995, of November 8, 1995, on Occupational Risk Prevention, is assigned to a different job or function compatible with her condition.

The bonus, which was customary, is not contemplated in those cases in which, due to occupational disease, under the terms and conditions provided for in the regulations, there is a change of job in the same company or the performance, in a different company, of a job that is compatible with the worker’s condition.

Suspension of the system of reduction of contributions for professional contingencies due to a decrease in the number of work-related accidents. DA 106 LPGE 2022

The application of the system of reduction of contributions for occupational contingencies to companies that have significantly reduced the number of work-related accidents, provided for in Royal Decree 231/2017, of 10 March, is suspended for the contributions generated during 2022. This suspension will be extended until the Government proceeds with the reform of the aforementioned royal decree.

Financing of vocational training for employment

Regulates the credit for training. No changes. DA 102 LPGE

Companies that pay contributions for the contingency of vocational training will have a credit for the training of their workers in accordance with the provisions of Article 9 of Law 30/2015, of September 9, which will result from applying to the amount paid by the company for vocational training during the year 2021 the bonus percentage that, depending on the size of the companies, is established below:

As part of the labour measures in the PGE 2022, companies with 1 to 5 workers will have a bonus credit per company of €420, instead of a percentage. They will also be able to benefit from a training credit. Under the terms established in the aforementioned regulation, companies that open new work centers during the year 2022, as well as newly created companies. When they incorporate new workers to their staff. In these cases the companies will have a credit of bonuses whose amount will be the result of applying the amount of 65€ to the number of newly incorporated workers.

Companies that during the year 2022 grant individual training leave to their workers will have a bonus credit for training in addition to the annual credit that would correspond to them. In accordance with the provisions of the first paragraph of this section. For the amount resulting from applying the criteria determined by the applicable regulations. The additional credit assigned to all the companies that grant the aforementioned leaves may not exceed 5% of the credit established in the budget of the State Public Employment Service for the financing of the bonuses in the Social Security contributions for professional training for employment.

Care of a minor affected by cancer or other serious disease

Extend the duration of the right of the parent, guardian for the purpose of adoption or permanent foster parent to reduce the working day to care for the minor affected by cancer or other serious illness. Until the latter reaches 23 years of age. If the need for direct, continuous and permanent care is maintained, in order to maintain the economic benefit until that age.

In addition, in cases of separation or divorce, the right will be recognized to the parent, guardian or foster parent with whom the sick person lives.

Art.7 of RD 1148/2011 is also modified. Which develops the subsidy for the care of minors affected by cancer or other serious illnesses to adapt it to the novelties introduced in the TRLGSS. DF 22 LPGE

In turn, the revised text of the Law of the Basic Statute of the Public Employee (RD Legislative 5/2015) is amended. To include the same novelties in the leave for care of a minor child affected by cancer or other serious illness. DF 26 LPGE.

The amounts contributed by the company deriving from a decision of the employee will be considered as employee contributions.

The following will be considered as company contributions, for the purposes of calculating this limit. Own contributions made by the individual employer to employment pension plans or mutual benefit plans. Of which, in turn, he/she is the promoter and also a participant or member of a mutual fund. As well as those made to corporate social welfare plans or collective dependency insurance. And of which, at the same time, he/she is both policyholder and insured.

The limit of €5,000 per year is maintained for the premiums for group dependency insurance paid by the company.

The maximum annual joint financial limit is also modified in the same amounts and casuistry.

IPREM 2022 (Public Indicator of Multiple Effect Income). Contemplated in the labor measures in the PGE 2022.