Clarifications on the extension of ERTE due to major force 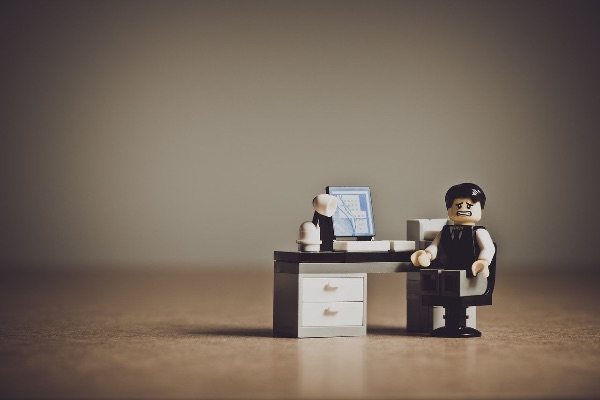 Clarifications on the extension of the ERTE due to major force

The RDL introduces as a novelty the change from Total major force ERTE to Partial major force ERTE. This figure is used for companies that are beginning to recover their activity. This extends the duration of major force terms, when the total or partial disaffection of its employees occurs when they return to their normal activity.

The content of this RDL has caused controversy both in the interpretation of its content and in its application. This has made it necessary to issue various reports and interpretations. Both from the Directorate General of Labour, the Social Security Legal Service and the Directorate General of Social Security Organisation. Each one of them in its own area of competence, which has led to the Social Security having to issue 4 explanatory bulletins, [BNR] 11, 12, 13 and 14/2020, the last one being dated 5 June. With this, the necessary instructions were given for the adaptation and management of the presentation of the responsible declarations of the situation of the companies before the ERTE for the application and identification of the workers. In relation to the application of the exemptions in the contribution established in article 4 of the RDL 18/2020, of 12 May, of social measures in defense of employment.

As a conclusion, we present the changes introduced by the different interpretations given. Which give certain guarantees in the performance of the companies during the de-escalation process. As well as in the decision making for the application of the exoneration of contributions to social security:

In order to qualify as a company in a situation of partial major force for the purposes of article 1.2 of the Role 18/2020, it needs the concurrence of three elements:

It is therefore up to the company to assess, according to its particular circumstances, at what point the causes for which the ERTE was authorised due to major force allow for the partial recovery of its activity. And to what extent the reincorporation of the affected workers, and in what percentage of their working day, is necessary for the development of the activity.

Effective resumption of the activity. Situation of partial major force

The resumption of activity requires, in order for the situation of partial major force to begin, the effective resumption of activity and not mere preparation for it. In other words, the preparatory tasks for the main activity cannot be understood as involving the partial recovery of the activity for the purposes of applying the exemption from the quotas provided for in Article 1.2 of Royal Decree Law 18/2020.

We remind you of the extraordinary measures regarding contributions

Companies that continue to be affected by an ERTE due to major force will be exempted from paying the contributions of the affected employees. As long as the file is maintained, provided that on February 29 they have fewer than 50 workers. Otherwise, the exoneration will reach 75% of the amount.

Companies that become affected by a partial major force ERTE, from the moment that the causes reflected in said precept allow the partial recovery of their activity, will be exonerated from the payment of the company contribution to the Social Security in the following percentages:

Beginning of the situation of partial major force. Month of May

It is clarified that, independently of the moment in which the company becomes partially major force, even if this occurs between 1 and 12 May 2020, it also generates the right to the contribution exemptions foreseen for the employees who return to the activity.

In the same undertakings, for workers who have been in a situation of total suspension between 1 and 12 May 2020, the exemption initially provided for will apply during that period. As if the situation of total major force had been maintained in respect of these persons.

However, as from 13 May, for companies that have dismissed an employee, the exemptions from contributions provided for in the situation of partial major force shall apply to the rest.

Start of the situation of partial major force. Individual employers

The situation of partial major force will begin with respect to workers from the moment that one of them is removed from the ERTE file due to major force affecting the activity.

Questions to be answered

What happens if I get all the employees back on file?

You will not lose the right to apply the exemptions established for partial major force during the entire period established for this purpose. Even in the case that the company communicates the termination of the ERTE due to total resignation expressed before the labor authority,

What happens if I have several workplaces, and each of them recovers its activity at a different time?

If a company is able to maintain a centre in a situation of total major force, it will be entitled to full exemption from social security contributions. Provided that on 29 February it had fewer than 50 workers. Or 75% of the amount if the total workforce is greater than this figure.

As from 5 June, the Social Security has enabled, through its website, the possibility of making the responsible declaration of the situation of the companies before the ERTE of application and identification of the workers, by means of various codes and annotations that must be made both at the level of the company CCC, as well as at the individual level of the employees who have been disaffected at some time during the month of May, so that the application of the exemptions in the contribution established in article 4 of Royal Decree Law 18/2020, of 12 May, on social measures in defence of employment, can be taken into account.

Cessation of activity of Self-Employed
19 January, 2021