Extension of the ERTE due to major force 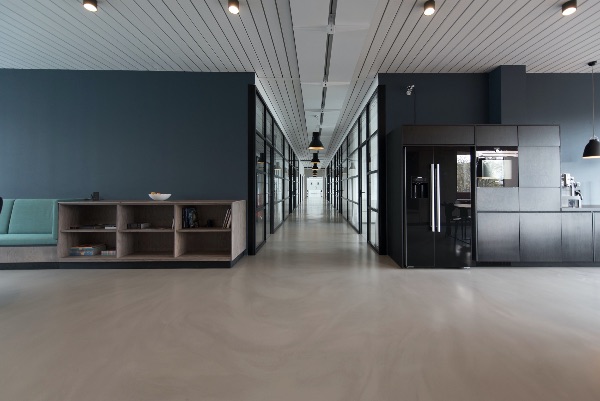 The extension of the ERTE due to major force is approved by RDL 18/2020. By agreement signed between the Government and the social agents, by virtue of which the major force ERTE are extended until 30 June. For those companies that cannot resume their activity, among other social measures.

Extension of the ERTE due to major force

Those companies and entities that have a temporary employment regulation file based on Article 22 of RDL 8/2020, of 17 March, will continue to be in a situation of total major force derived from Covid-19. And if they are affected by the causes referred to in that precept that prevent the resumption of their activity, while they last and in no case beyond June 30th, 2020 (extendable by agreement of the Council of Ministers).

However, companies and entities will be in a situation of partial major force as a result of the Covid-19, as soon as the causes reflected in said precept allow for the partial recovery of their activity. In any case, the maximum date for this is June 30th, 2020

These companies and entities must proceed to reincorporate the employees affected by temporary employment regulation measures, to the extent necessary for the development of their activity, giving priority to adjustments in terms of reduction of the working day.

Companies that continue to be affected by an ERTE due to major force will be exempted from paying the contributions of the affected employees as long as the file is maintained, provided that on February 29 they have fewer than 50 workers. Otherwise, the exoneration will reach 75% of the amount.

Companies that become affected by an ERTE of partial major force, from the moment that the causes reflected in said precept allow the partial recovery of their activity, will be exonerated from the payment of the company contribution to the Social Security in the following percentages:

For employees who return to their activity

For those who do not return to their activity

Exemptions from the contribution will be applied by the General Treasury of Social Security at the request of the company, after communication of the situation of total or partial force majeure, as well as the identification of the workers affected and the period of suspension or reduction of the working day.

The exemptions will not have any effect on the workers, the period being calculated as a contribution for all purposes.

Limits and safeguarding of employment

The prohibition of dismissals based on causes caused by COVID-19 (in accordance with the provisions of RDL 9/2020) is limited to 30 June 2020. Therefore, from that date, dismissals may be made on objective grounds.

However, the companies benefiting from the exemption from the payment of contributions must maintain employment for a period of six months from the resumption of activity. Even where the activity is partial or affects part of the workforce.

This obligation will be deemed not to have been fulfilled if any of the workers affected by the file are dismissed or have their contracts terminated.

This commitment to maintain employment will be assessed in the light of the specific characteristics of the various sectors. Taking into account, in particular, the specificities of those companies with a high variability or seasonality of employment.

The commitment to maintain employment in companies where there is a risk of insolvency proceedings will not apply.

Failure to comply with the obligation will entail the duty to reimburse the full amount of the contributions from which they were exempted. With the corresponding surcharge and interest for late payment.

The companies benefiting from the exemption from the payment of contributions will not be able to distribute dividends against the fiscal year in which the ERTE applies. Unless they pay the amount corresponding to the aforementioned exemption. This is only applicable to companies with 50 or more employees on 29 February.

Companies with tax domicile in tax havens will not be able to take advantage of ERTE procedures due to force majeure arising from COVID-19.

On the other hand, temporary contracts that were interrupted as a result of their assignment to an ERTE due to force majeure or ETOP, will in any case resume their calculation of duration from 1 July 2020.

The following will not be considered as non-compliance

Extraordinary measures in the field of unemployment protection.

The protection measures due to unemployment (access to benefits and period of replacement of benefits) are extended until 30 June 2020.

Likewise, the protection measures aimed at permanent-discontinuous workers will be applicable until 31 December 2020.

ERTE ETOPs reported as of deconfinement

Files for economic, technical, organizational or production reasons (ERTE ETOP) may be initiated while an ERTE is open due to major force.

These are the Temporary Employment Regulation Files based on economic, technical, organizational or production causes. This can be summarised by the acronym Erte Etop.

Revision of the Self-Employed contribution Bases in 2020
21 September, 2020