The Municipal Capital Gain according the Constitutional Court 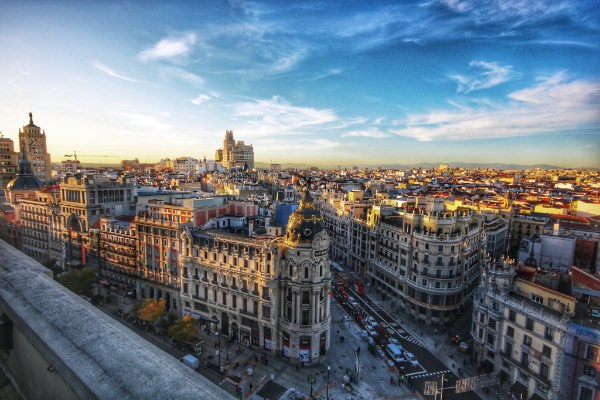 New criterion of the Municipal Capital Gain according to the Constitutional Court.

In previous articles, we have dealt with the scope of the declaration of unconstitutionality of the 2017 Constitutional Court ruling on the IIVTNU, known by all as the municipal capital gain. And this is how we will refer to this tax from now on.

A new Ruling of this High Court was recently published on this same subject. Which we share, since this criterion is already being applied by the Madrid City Council. And so we are aware in the latest resolutions that we have received from rectifications presented on behalf of our clients.

As we indicated, there have been two TC rulings (May/2017 and October/2019) which have established a clear criterion. But between the two, there have been many pronouncements. Including from the Supreme Court and the Contentious-Administrative Courts.

The experts of our Legal Consulting Department have ordered and summarized all the pronouncements.

The Constitutional Court in its sentence of May 2017 (number 59/2017) declared certain articles of the TR of the Law of Local Treasuries unconstitutional and void. But this did not mean that this tax was generally unconstitutional. Rather, they were void “only in those cases in which inexpressive situations of economic capacity are subject to taxation, that is, those that do not present an increase in the value of the land at the time of transfer”.

And that same ruling added “the way to determine the existence or not of an increase susceptible to taxation is something that corresponds to the legislator …. Carrying out the relevant modifications or adaptations in the legal regime of the tax … To allow for the arbitration of the way in which situations of non-existence of an increase in the value of land of an urban nature are not subject to taxation”.

As a result of the previous ruling, various administrative courts and the Madrid High Court of Justice determined that until the way to determine whether there was an increase in the value of the land was legally specified, the tax could not be paid.

The Supreme Court in its ruling of 9 July (1163/2018) came to shed light. It stated that in the absence of a legal rule determining the existence of an increase in the value of the land, it was the taxpayers who had to prove the non-existence of such an increase.

It expressly states that “they are constitutional and therefore fully applicable in all those cases in which the taxpayer has not been able to prove … that the transfer of ownership of the land … has not revealed an increase in its heat, or what is the same as an economic capacity that can be taxed …”.

Finally, the Constitutional Court in its ruling of October 2019 (126/2019) has declared unconstitutional Article 107.4 of the Law on Local Treasuries, in other words, those cases in which the amount to be paid for the municipal capital gains tax is higher than the increase in assets obtained by the taxpayer.

It states: “It is one thing to tax a potential income (the increase in value that presumably occurs over time in all land of an urban nature) and quite another to tax an unrealistic income … because if that were the case, it is clear that the precept in question would be contrary to the constitutional principle of economic capacity”.

And the ruling adds: “Consequently, in those cases in which the application of the calculation rule envisaged … results in an increase in value greater than that actually obtained by the taxable person, the resulting share, in the part that exceeds the benefit actually obtained, corresponds to the unlawful taxation of a non-existent income contrary to the principle of economic capacity …”.

And he clarifies: “the previous declaration of unconstitutionality cannot be, however, in any case … it must only be so in those cases in which the quota to be paid is greater than the increase in assets actually obtained by the taxpayer …”.

Therefor, the Municipal Economic Administrative Court of Madrid has already begun to apply the above criteria. In such a way that in the face of appeals lodged from our office. It has decided to uphold the claims made and return to our clients the difference between the fee paid as municipal capital gains and the capital gain obtained.

And we understand that this same criterion will begin to be applied by the rest of the local tax authorities. Which will mean a relief for many taxpayers.

Talento Solidario asks for help for the NGOs
14 September, 2020

The flat rate and the corporate Self-employed
10 September, 2020

New measures in Madrid for the prevention of Covid-19
9 September, 2020

Aids for the development of the technological offer of digital content
8 September, 2020