Modification of the Mortgage Law 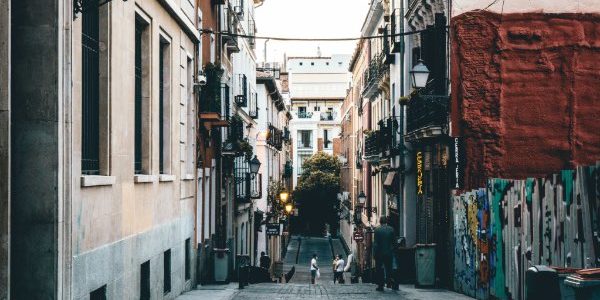 A modification of the Mortgage Law was made on September 3, 2021. On that date, Article 28 of the Mortgage Law was repealed.  Last June, Law 8/2021 was published in the Official State Gazette (BOE).  This law reforms the civil and procedural legislation to support persons with disabilities in the exercise of their legal capacity.

The legislator takes advantage of this law, as has become customary, to undertake modifications of various types of regulations. In this case, it addresses, with this new amendment, the repeal of an article of the Mortgage Law, which had certainly become obsolete. Taking into account the current level of telematic communications and the information contained in the registries.

Modification of the Mortgage Law

This article of the Mortgage Law established the registrations of properties or rights in rem acquired by inheritance or legacy. They were not effective with respect to third parties until two years after the date of death of the deceased. This limitation is not applicable to the forced heirs.

That is to say that when a person died without forced heirs, that is to say descendants, ascendants and spouse. His heirs, siblings, nieces, nephews or others, did not have full rights to the property until 24 months had elapsed since the death.

In these cases, the heirs could take the inheritance from the deceased and even subsequently transfer the property to a third party. However, the registrar was obliged to record the limitation established in Article 28.

During this period of 24 months, if an unknown child of the deceased appeared, or a holographic will, written in the handwriting of the deceased, the latter could exercise the action of petition for inheritance (petitio hereditatis) against the heir apparent. Claiming the property from the third party acquirer by means of the so-called reivindicatory action. And requesting the nullity of the registry inscriptions by exercising the action of rectification due to registry inaccuracy.

Although it is true that these situations were not at all common, the risk always existed. And this was translated in that when we were in a transaction of sale with a property with this limitation. Since it did not constitute a registry charge, we were forced to include guarantee clauses on the part of the sellers in the deeds of sale.

And what was even worse. Many financial institutions did not grant mortgages on real estate with this limitation, because of the risk of losing their guarantee. And it could even be the case that the buyer could end up having to pay the mortgage granted and be left without the property, which would have to be awarded to the legitimate heir. This introduced great complexity in these operations.

Repeal of the Law of Cuba

The situations described above were highly improbable and in view of the reliability of the registry of last wills it seems appropriate to repeal this article. In order to speed up the sale of the real estate by the heirs. Independently of the degree of kinship that these maintained with the deceased.

As a curiosity, it is necessary to indicate that this provision that now is repealed was commonly known as “Law of Cuba”. And it has its roots in the 19th century. In the historical context of our country, Spain still had overseas territories and communications between continents were then slow. Therefore, at that time, it was relatively common for children to appear. Even unknown in Spain who claimed their inheritance rights over their parents’ properties. Hence its name of Law of Cuba.