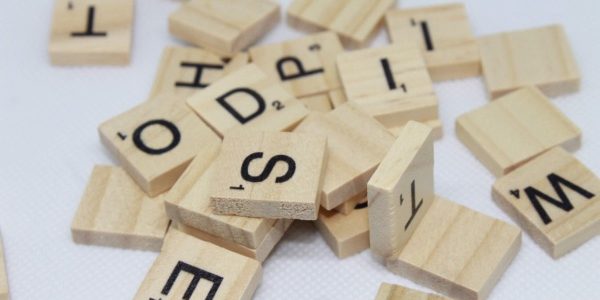 Maternity supplement and other Social Security measures enter into force. Last February 2, RDL 3/2021 was approved, adopting these and other measures.

These measures are summarized below.

The Court of Justice of the European Union declared discriminatory the existing maternity pension supplement in December 2019. The reason was that it considered it discriminatory on the basis of sex by excluding fathers. In addition, since then, several Spanish court rulings have recognized that right.All this has meant that the ministry has been forced to quickly look for a formula that continues to provide a bonus in their retirement to women who have had their contribution career affected by the birth and care of children. But it could also, in very specific cases, benefit men with contribution gaps for the same reason.

The maternity supplement for demographic contribution is replaced by a supplement in which the number of children is the objective criterion. This criterion is used to articulate the measure because their birth and care is the main cause of the gender gap.

Through the reform of article 60 of the revised text of the General Social Security Law, measures have been adopted to combat the gender gap in pensions. As from the entry into force of this Royal Decree-Law (February 4, 2021), women who have had one or more children and who are beneficiaries of a contributory retirement, permanent disability or widowhood pension will be entitled to a supplement for each child.

The right to the recognition of this supplement to contributory pensions will be maintained as long as the gender gap in retirement pensions, caused in the previous year, is higher than 5%.

A fix amount of 378€ per year per child up to a maximum of four children.

Unlike what happened until now, the supplement was calculated on the basis of the pension of each beneficiary, based on a scaled amount. 5% for two children, 10% for three and 15% for four or more.

In other words, regardless of the retirement pension received, the supplement is always set at between €378 and €1,512 per year. Or, in other words:

These amounts, in force for 2021, will be increased each year by the same percentage by which contributory pensions rise.

As we have said, it is granted by default to mothers, but fathers can expressly request it by meeting certain requirements.

With the application of the new criterion of a fixed amount and not a percentage, the new supplement benefits women with low pensions and harms those with higher pensions.

Male pensioners who are eligible to apply for the supplement also win.

Mothers of a single child, who were previously not entitled to this supplement, benefit.

Those mothers of two children with a pension of less than €1,080 also benefit.

Also, mothers of three children with a pension of less than €810 also improve their income.

Finally, mothers of four or more children with pensions of less than €720 per month benefit.

Those who will now earn less than what they would have earned for the same concept last year.

First of all, mothers of 2 children with pensions higher than €1,080. Applying to that amount the 5% that the old supplement recognized, they already received the €54 that by default will now be paid to them without the possibility of an increase even if their pension exceeds that figure. The same applies to mothers of three children and pensions of more than €810 per month. And those with four children over €720.

As the pension increases, so does the amount that is not collected.

Royal Decree-Law 20/2020, of May 29, which establishes the minimum living income, is modified. Establishing a series of reforms in the scope of this benefit.

In relation to those who are entitled to an economic benefit for extraordinary termination of activity. This RDL modifies the aids, establishing that in the case of applications submitted outside the established term, the right to the benefit will start on the day of the application. The self-employed will be exempt from the obligation to pay contributions from the first day of the month in which the application is made.

Regarding the benefit and effects of the accreditation of the reduction of the income computable for tax purposes of the self-employed activity of more than 50% of the income earned in the second semester of the year 2019. It will be understood that such self-employed who pay tax by objective estimation have experienced such reduction provided that the average daily number of workers affiliated and registered in the Social Security system in the corresponding economic activity, expressed at 4 digits (CNAE), during the period to which the benefit corresponds, is lower by more than 7.5% than the average daily number corresponding to the second semester of the year 2019.

Measures in the economic area

The deadline for requesting moratoriums or suspension in the payment of mortgage and non-mortgage financing is extended until March 30, 2021, inclusive.

The cumulative duration of the moratoriums and legal suspensions under sectorial agreements granted since September 30, 2020 may not exceed a total of nine months.

If you want to know all the measures that in one way or another are related to Covid-19 and its effects, you can find them all in our special section.

Measures for the self-employed
19 October, 2021

Modification of the Mortgage Law
8 September, 2021

The distribution of the widow’s/widower’s pension
24 August, 2021