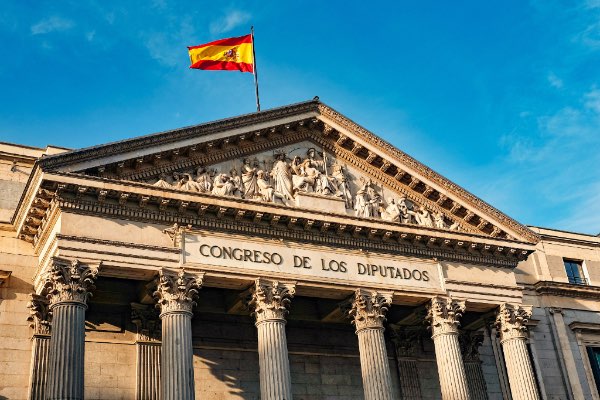 The labour measures of the General State Budget 2021, contain a series of legislative novelties in this labor and Social Security matter. Among them, it is worth mentioning the ones that our experts summarize below.

Pensions paid by the Social Security system, as well as those of State Pensioners, will experience in 2021, in general, an increase of 0.9%.

Since the SMI (Minimum Interprofessional Wage) has been extended for the current year and as long as it does not undergo any variations, the following will remain unchanged:

In the event of an update of the SMI:

Contribution rates that we already had in 2020 are maintained. Both for common contingencies, as well as for work accidents and occupational diseases. As well as for unemployment, Wage Guarantee Fund and professional training.

Contribution in cases of compatibility of retirement and work.

In the case of the RETA, this contribution will be paid in full by the person obliged to pay the contribution.

Moratorium on the payment of social security contributions by means of deferral.

Companies and self-employed workers included in any Social Security regime may request a moratorium on the payment of Social Security contributions. Yy for concepts of joint collection whose accrual takes place between the months of December 2020 and February 2021, in the case of companies. And between the months of January to March 2021 in the case of self-employed workers.

This deferral will be adjusted to the terms and conditions established in general in the Social Security regulations, with the following particularities:

This request may be made directly or through their authorized representatives to act through the Social Security electronic data remission system (RED System).

Extension of the contribution bonus.

For the extension of the period of activity of workers with discontinuous fixed contracts in the tourism, commerce and hotel and catering sectors linked to the same.

For the months of February, March and November.

With effect from January 1, 2021 and indefinite term, the companies that are linked to said tourism sector.

They will be able to apply a rebate in those months of 50% of the employer’s social security contributions for common contingencies. As well as for the concepts of joint collection of Unemployment, FOGASA and Professional Training of such workers.

Companies belonging to the public sector are excluded.

Contribution rebate in the event of a change of job.

The 50% rebate on the employer’s contribution to the Social Security contribution for common contingencies is maintained for those cases in which, due to risk during pregnancy or risk during breastfeeding, the worker, by virtue of the provisions of Article 26 of Law 31/1995, of November 8, 1995, on Occupational Risk Prevention, is assigned to a different job or function compatible with her condition.

The same bonus will be applicable in those cases in which, due to occupational disease, under the terms and conditions provided for in the regulations, there is a change of job in the same company or the performance, in a different company, of a job that is compatible with the worker’s condition.

Suspension of the system of reduction of contributions for professional contingencies due to a decrease in the number of work-related accidents.

The application of the system of reduction of contributions for occupational contingencies to companies that have significantly reduced the number of work-related accidents, provided for in Royal Decree 231/2017, of 10 March, is suspended for the contributions generated during 2021. This suspension will be extended until the Government proceeds with the reform of the aforementioned royal decree, which should occur throughout 2021.

Financing of continuous training. It regulates the credit for training.

Companies that pay contributions for the contingency of professional training will have a credit for the training of their workers in accordance with the provisions of Article 9 of Law 30/2015, of September 9, which will result from applying to the amount paid by the company for professional training during the year 2020 the bonus percentage that, depending on the size of the companies, is established as follows:

Companies with 1 to 5 employees will have a bonus credit per company of 420 euros, instead of a percentage.

Likewise, companies that open new work centers during the year 2021 will be able to benefit from a training credit, under the terms established in the aforementioned regulation. As well as the companies of new creation, when they incorporate new workers to their staff. In these cases the companies will have a credit of bonuses whose amount will result from applying to the number of newly incorporated workers the amount of €65.

The scale applicable to determine the percentage of withholding to be applied on the income from work derived from labor or statutory relationships and from pensions and passive assets is modified. With effect from January 1, 2021, adding a new bracket to the part of the base for calculating the withholding rate exceeding 300,000 euros, to which a withholding rate of 47% will be applied.

The revised text of the Pension Plans and Funds Regulation Law is modified, in such a way that the total of the maximum annual corporate contributions and contributions to pension plans may not exceed 2,000 euros.

This limit will be increased by €8,000, provided that such increase comes from company contributions.

The own contributions that the individual employer makes to employment pension plans of which, in turn, he/she is the promoter and participant, will be considered as business contributions, for the purpose of calculating this limit.

For the rationalization of the regulation of the minimum interprofessional salary and for the increase of its amount, the public indicator of multiple effects income (IPREM) will have the following amounts during 2021:

Article 11 of the Workers’ Statute Law has been rewritten, adding a new paragraph 3 (the current paragraph 3 has been renumbered as paragraph 4) to regulate the dual university training contract.

Likewise, the aspects related to the financing of the training activity and to the remuneration of the contracted worker, which will be fixed in proportion to the effective working time, in accordance with the provisions of the collective agreement, without in any case being less than the minimum interprofessional salary, will be subject to regulatory development.

The protective action of the Social Security of the worker hired for the dual university training will include all the protectable contingencies and benefits, including unemployment. Likewise, the worker will be entitled to the coverage of the Wage Guarantee Fund.”