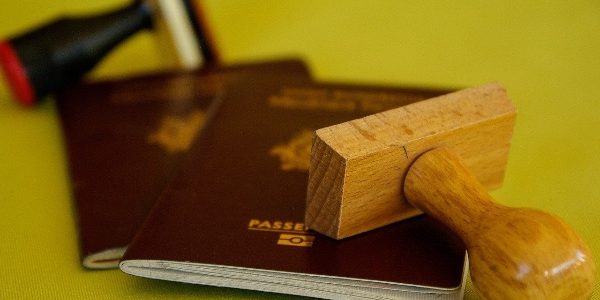 In Spain there is a regulation on foreigners that imposes on foreigners the duty to renew their residence and/or work permit when it is temporary. It also requires the application for the extension of the stay permit for studies, student exchange, non-working practice or volunteer services.

The impossibility of submitting applications for the renewal of residence and/or work permits is generating great legal uncertainty. Both for foreigners who are in Spain and for employers.

This measure is adopted to provide the due legal security required in the face of this extraordinary situation. And to avoid that, once the state of alarm is over, foreigners may find themselves in a situation of supervening irregularity. For this reason, all authorizations that expire during the state of alarm have been automatically extended. As well as those that expired in the three months prior to the declaration of the same.

The aforementioned automatic extension will take effect from the day after the expiry of the authorisation. And it will be extended for six months after the end of the alarm state.

Below is a list of the temporary authorisations that have been automatically extended through order SND/421/2020.

Temporary residence and/or work permits and permits to stay for study purposes, student mobility, non-working practice or volunteer services provided for in the regulations on foreigners, whose validity expires during the state of alert and its successive extensions or has expired in the ninety calendar days prior to the date on which it was decreed, will be automatically extended, without the need to issue an individual decision for each of them by the Foreigners Office.

Extension will be applied as long as the applications have not been expressly resolved, and will be revoked when the decision in the proceedings initiated is more favourable to the interested party.

The validity of the foreigner’s identity cards granted and issued under the authorizations and whose validity had expired during the state of alert, as well as in the ninety calendar days prior to the date on which it was decreed, shall be automatically extended for the same period as the authorizations.

Also, the renewal, extension or modification of the authorisation that has been extended in accordance with the provisions shall be governed, as regards the procedure, requirements, effects and duration, by the provisions of the applicable regulations depending on the type of authorisation that has been extended. The corresponding applications may be filed at any time during the term of the extension or up to ninety calendar days after the end of its term, without prejudice to the penalty corresponding to the delay. In any case, if the latter application is favorable, the start of the term corresponding to the new authorization shall be retroactive to the day following that on which the extended authorization expired.

The automatic extension will not be applicable to the training stays of foreigners, regulated in article 30 of Royal Decree 183/2008, of 8 February, which determines and classifies the specialities in Health Sciences and develops certain aspects of the specialised health training system.

The validity of the Union’s family cards is automatically extended for the duration of the alarm state and for up to 6 months from the end of the alarm state. Whose validity would have expired during the state of alarm or in the 90 calendar days prior to the date on which it was decreed.

Extension of stays of up to ninety days

Those people who are in Spain for a period not exceeding 90 days. Those who have expired during the validity of the state of alarm, will see their time of stay extended automatically for a period of 3 months. This validity will be limited to Spanish territory. And the extended period will be taken into account for the purpose of calculating the maximum time authorized for future stays.

In the case of long-stay visas issued under a Youth Mobility Agreement As well as visas for study stays of up to 180 days whose validity expires during the state of alert. They will be extended for a period of 3 months from the end of the state of alert. Provided that the holder is in Spain and has not been able to return to his/her country of origin.

The published order also refers to the entry into Spain of third-country nationals:

Holders of temporary residence and/or work permits and stay permits, as well as holders of a family member card of a Union citizen or an foreigner’s identity card granted on the basis of extended long-term residence who are abroad may enter Spain on presentation of their valid and current travel document and expired alien identity card.

On the other hand, holders of long term visas issued under Law 14/2013, on support for entrepreneurs and their internationalisation, whose validity expires during the state of alert and who are abroad, may enter Spain on presentation of their valid and valid travel document and the expired visa.

For the purposes of considering continuity of residence to be accredited, absences from Spanish territory as a result of the impossibility of returning to Spain via the COVID-19 will not be counted.