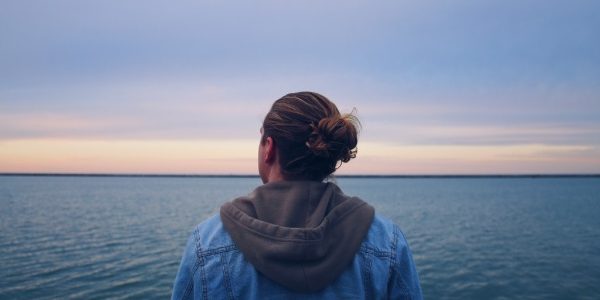 All existing Major Force ERTE are automatically extended. However, access to exemption from social security contributions is limited to companies belonging to sectors with a high rate of coverage by ERTE. And a low rate of recovery of activity.

Extension of the ERTE

Those companies on a Major Force ERTE extended until 31 January 2021 are considered. Or that during the period of validity of this, they transit to an ETOP. And also affected by an ETOP, considered to have a high rate of coverage by temporary employment regulation proceedings and a low rate of recovery of activity. Of those affected by the codes of the National Classification of Economic Activities (CNAE-09) included in the agreement

Companies with ERTE automatically extended until 31 January 2021. Major Force ERTE or which transit from it to an ETOP. Whose business depends, indirectly and mostly, on companies linked to sectors with a high rate of coverage by ERTE. And a low rate of recovery of activity.

They are understood to be part of the value chain or indirectly dependent on them:

Companies whose turnover, during 2019, has been generated by at least 50% in operations carried out directly with those included in any of the codes of the CNAE-09 referred to in the indicated annex.
As well as those whose actual activity depends indirectly on that actually carried out by the companies included in the said CNAE-09 codes.

The application to be declared a dependent company or a member of the value chain must be submitted between 5 and 19 October 2020. And it will be processed and resolved by the Labour Authority that had issued the express or tacit resolution of the extended ERTE. This will be accompanied by a report or explanatory memorandum of the competition. And, if appropriate, the corresponding supporting documentation.

The resolution of the labour authority shall be issued within five days starting from the presentation of the application. Upon request of a report from the Labour and Social Security Inspection. And it shall be limited to ascertaining the condition of the company as part of the value chain or indirectly dependent, under the terms defined by this additional provision.

Once this period has elapsed without an express resolution, the company may consider the application submitted by administrative silence to be accepted.

All the companies indicated above shall be entitled to the following exemptions from SS. With regard to workers affected by suspension or reduction of the working day. And regarding the periods and days suspended or activity suspended, in accordance with the following:

Subject to prior administrative approval.

Files for temporary regulation of employment due to impediment.

Aimed at protecting companies that are prevented from carrying out their activity in any of their work centres. As a consequence of new restrictions or health containment measures adopted, from 1 October 2020. Both by Spanish and foreign authorities.

Exemptions from SS contribution quotas during the closure period, until 31 January 2021 at the latest. And for the periods and percentages of the working day affected by the suspension:

Aimed at protecting companies that are restricted in their normal course of business as a result of decisions or measures taken by the Spanish authorities.

Exemptions from SS contribution fees during the closure period up to 31 January 2021 maximum. The same applies to the periods and percentages of the working day affected by the suspension:

Files for economic, technical, organisational or production reasons (ETOP ERTE) may be initiated while an ERTE is open due to major force.

An extension of a file ending before 31 January 2021 will be possible. Provided that agreement is reached to that effect during the consultation period. The final communication of the initial file will have to be dealt with by the labour authority receiving it.

Specialities common to all types of ERTE

All companies that are implementing one of the ERTE’s described here will have to make a new collective application for unemployment benefits in respect of the employees concerned. Before 20 October 2020.

The company must communicate the information about the days worked in the previous calendar month in the expired month by means of the communication of periods of activity of the certific@2 application. When periods of activity and inactivity alternate during a calendar month. As well as in the case of a reduction in the normal working day. And in cases where both days of inactivity and days in reduction of the working day are combined,

The total disaffection of the employees affected by these files must be communicated to the State Public Employment Service. With regard to the data contained in the initial collective application for access to unemployment protection For the purposes of the suspension or regularisation of the payment of benefits to employees prior to the resumption of the activity.

Once the period of duration of the file has concluded, the companies and entities must communicate to the labour authority the total resignation, if applicable, to the authorised ERTE. Within 15 days from the date on which the resignation takes effect.

No overtime, new outsourcing of activities or new direct or indirect recruitment may be carried out during the implementation of the ERTE due to major force or ETOP.

This prohibition may be waived in the event that the regulated persons who provide services in the work centre affected by the new direct or indirect hiring or outsourcing cannot, due to training, qualification or other objective and justified reasons, carry out the functions entrusted to them, after the company has informed the workers’ legal representatives.

These actions may constitute infringements by the company concerned, by virtue of proceedings initiated for this purpose, where appropriate, by the Labour and Social Security Inspectorate.

Companies and entities that have their tax domicile in countries or territories classified as tax havens in accordance with current regulations will not be able to take advantage of the different models of ERTES regulated to deal with the COVID-19.

For those companies which, on 29 February, had more than 50 workers or similar, the distribution of dividends corresponding to the fiscal year in which the ERTE is applied is not permitted, unless the amount corresponding to the exemption applied to social security contributions is previously returned.

The safeguard clauses for the companies affected by ERTE so far, consisting of a commitment to maintain employment for a period of six months as appropriate in each case, are maintained:

The companies that access the exemptions set as from 1 October will be committed to maintaining employment for a period of 6 months (under the terms indicated above). In the case of companies subject to a previous 6-month maintenance period, the new calculation will begin at the end of the initial 6 months.

The commitment to maintain employment will not be applicable to those companies in which there is a risk of insolvency proceedings under the terms of Article 5.2 of Law 22/2003 on Bankruptcy.

In the event of non-compliance with this commitment, the company will be obliged to reimburse the full amount of the contributions from which they were exempted, with the corresponding surcharge and interest for late payment.

In addition, the commitment to maintain employment will be assessed in the light of the specific characteristics of the various sectors and the applicable labour regulations, taking into account in particular the specificities of those companies with a high variability or seasonality of employment.

Validity of certain measures provided for in RD-Law 9/2020

The limitation on the possibility of making redundancies for reasons of major force or economic, technical, organisational or production reasons due to COVID-19 (suspended under Article 2 of RD-Law 9/2020) is extended until 31 January 2021.

Temporary contracts, including training, relief and interim contracts, which, by virtue of one of the ERTEs described here, have their calculation interrupted, will be resumed, as from the moment when activity is resumed.

Extraordinary measures in the field of unemployment protection

Unemployment protection measures (access to and level of benefits) are extended until 31 January 2021.

However, the reinstatement of benefits will only be made for periods consumed up to 30 September 2020, although some exceptions are provided for (for extinctions occurring before 1 January 2022).

Protective measures for permanent and temporary workers are maintained and extended.

From 1 October, the full receipt of unemployment benefit linked to an ERTE becomes compatible with the development of other part-time work.

The right to apply for financial compensation is established for those receiving unemployment benefit linked to an ERTE as a result of the COVID-19. whose amount has been reduced in proportion to the time worked in cases of multiple employment. And with a deadline for application of 30 June 2021.