Extension of the ERTE by major force due to Covid-19 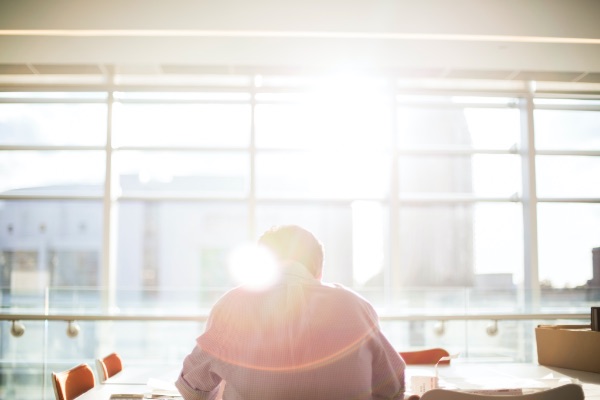 Extension of the ERTE by major force due to Covid-19 was finally agreed upon by the Government, Unions and Employers. This agreement was called in the so-called II Social Agreement in Defence of Employment: Social measures for the reactivation of employment of the Royal Decree-Law 24/2020, of 26 June
Below, the experts of our Labour Consulting Department summarize the measures agreed upon.

Agreement between the parties: Government, Unions and Employers

Extension of the ERTE by major force due to Covid-19

The duration of existing files is extended until the 30th of September 2020. This means that the companies and entities affected by these cases will be able to reincorporate workers affected by temporary employment regulation measures between July and September. To the extent necessary for the development of their activity, giving priority to adjustments in terms of reduction of the working day.

Specialties common to all types of ERTEs

The total or partial disaffection of employees affected by these files must be communicated to the State Public Employment Service. With regard to the data contained in the initial collective application for access to unemployment protection. For the purposes of suspending or regularising the payment of benefits to employees prior to the resumption of activity.
Once the period of duration of the file has concluded, the companies and entities must communicate to the labour authority the total resignation, if applicable, from the authorised temporary employment regulation file, within 15 days from the date of effect of the same.
No overtime may be worked. New outsourcing of the activity will be established. No new direct or indirect contracts may be arranged. During the application of the temporary employment regulation files due to force majeure.
This prohibition may be waived in the event that the regulated persons who provide services in the work centre affected by the new direct or indirect hiring or outsourcing cannot, due to training, qualifications or other objective and justified reasons, perform the functions entrusted to them. After the company has informed the workers’ legal representatives.
These actions may constitute infringements by the company concerned, by virtue of proceedings initiated for this purpose, where appropriate, by the Labour and Social Security Inspectorate.

Companies that continue to be affected by an ERTE due to total major force.

Being those that have not been able to restart the activity. And while this situation lasts, they will be entitled to the following exemptions in the payment of contributions of the affected employees. Depending on the number of employees on 29 February:

Companies that have restarted or from the moment they restart the activity, becoming in a situation of partial major force ERTE.

They will be entitled to the following exemptions in the payment of contributions of the affected employees. Depending on the number of employees they had on 29 February:
New: all the companies affected by an ERTE ETOP (derived from economic, technical, organizational or production cases), during the period between July and September. They will have access to the exoneration in the payment of the contributions of the employees affected to the ERTE in the same terms and conditions that the companies affected to an ERTE major force that had restarted its activity.
Exemptions will be applied by the TGSS at the request of the company. After communication and responsible declaration for each contribution account code and month of accrual.
The companies and entities that conclude the file must communicate to the labor authority the express resignation to the ERTE. Within 15 days to the end of the file, from which moment they will no longer be entitled to the application of the foreseen exonerations.
Companies and entities that have their tax domicile in countries or territories classified as tax havens under current regulations will not be able to take advantage of this new TRE regulation due to force majeure.
For those companies which, as of 29 February, had more than 50 employees or similar, the distribution of dividends corresponding to the fiscal year in which the ERTE applies is not permitted. Except if the amount corresponding to the exoneration applied in the social security contributions is previously returned.

New ERTE of major force in case of new restrictions

Those companies and entities that, as of 1 July 2020, are prevented from carrying out their activity by the adoption of new restrictions or containment measures that impose this on any of their work centres, must once again request authorisation for a temporary regulation of major force employment through the ordinary procedure (art. 47.3 of the TRET).
During the period of application of the new restrictions and obligation to close the work centres and until 30 September, they may benefit from the following exemption from Social Security contributions. Depending on the number of employees on 29 February:
Once the companies and entities restart their activity, the exemptions established for the partial major force ERTE situation will be applicable to them from that moment until 30 September 2020.

Unemployment protection measures (access to benefits and benefit replacement period) are extended until the 30th of September 2020.

Similarly, the protection measures for permanent-discontinuous workers remain applicable until the 31st of December 2020.

Employment safeguard clause for the period of 6 months

The company’s commitment to maintain employment for a period of 6 months from the date of resumption of activity in major force cases is maintained. Even when this is partial or only affects part of the staff. And this safeguard is extended to those companies affected by an ETOP caused by COVID-19 that take advantage of the exemption in terms of contributions for the first time. The 6-month period will be from 26 June to 25 December 2020.
This commitment will not apply to companies where there is a risk of insolvency proceedings. Applying the terms of Article 5.2 of Law 22/2003 on Bankruptcy, nor with respect to the extinction of possible contracts. In particular, in companies with a high variability or seasonality of employment.
In the event of non-compliance with this commitment, the companies must reimburse the full amount of the contributions from which they were exempted. With the corresponding surcharge and interest for late payment, in the event of non-compliance.

Duration of certain measures provided for in RD-Law 9/2020

With effect from 1 July 2020, the limitation on dismissals due to major force or for objective reasons (economic, technical, organisational or production) due to COVID-19 is extended until 30 September.
Temporary contracts, including training, relief and interim contracts, which under an ERTE processed in accordance with the provisions of RDL 8/2020, had their computation interrupted, will be extended for the period of suspension of the employment relationship. In any case, its calculation will be restarted on October 1, 2020.