Changes in the Self-Employed Regime in 2023 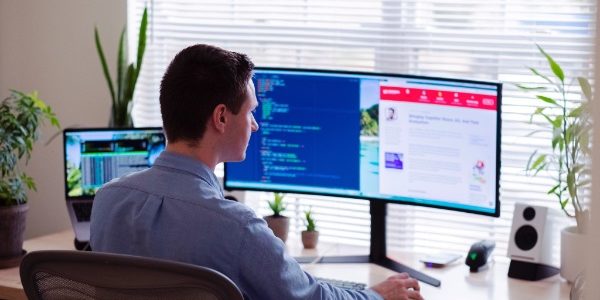 The changes in the Self-Employed regime as of January 2023 are already known. With the publication of Royal Decree 504/2022, of June 27, the green light is given to important legal changes that will affect the implementation of the future contribution system of the special regime for self-employed workers.

This rule introduces various regulatory amendments to improve the information to be provided by self-employed workers regarding their activity. In particular, the information relating to the income they expect to obtain in the calendar year in which they are registered with the Social Security.

In this way, an agreement can be reached to reform the contribution system for the self-employed so that their contributions are in line with their actual income. With a proposal from the Government for a table of contributions by brackets in line with what was proposed by ATA, CEOE and CEPYME.

This table reproduced below refers to the transitional period starting in 2023 and ending in 2025. It lowers, with respect to the previous proposal of the Social Security, the contributions to be paid by the majority of the Spanish self-employed.

Changes in the self-employed regime 2023

The regulatory provisions contemplated in the Royal Decree will strengthen the information to be provided at the time of registration. This includes the obligation to indicate the declaration of the net economic income that the worker expects to obtain during the calendar year in which the registration takes place due to his/her economic or professional activity. Either directly and/or by his participation in a company or Community of Goods.
The determination of such income will be made by order of the Ministry of Inclusion, Social Security and Migration.
In this way, a gradual implementation of a new contribution system is dictated in several fiscal years starting in 2023. Whose quota to be paid will be adapted to the real income of the self-employed, instead of being able to choose its contribution base as up to now. Real income will be understood as net income from the activity. This is also quite different from the Government’s initial proposal to include all self-employed income. Whether or not they were the result of their main or professional activity.

Proposed flexibilización of the contribution bases for self-employed workers

The Decree includes, among other points, the extension from four to six times a year that self-employed workers can modify their contribution base. And, consequently, with the new system, they will also modify their Social Security contributions.

Together with the request for a change in their monthly contribution base, workers must make a declaration of the net economic income they expect to obtain from their economic or professional activity.

Although in the Government’s previous proposal the contribution rates were higher. There is now a proposal on the negotiating table that includes a new system. This will have 15 income brackets which will be linked to the contributions to be paid.

Another of the novelties to be highlighted is that the contributions of the self-employed, normally higher, will also be substantially reduced with the agreed tables.

Attached are the tables proposed by the Social Security and the adaptation phase until 2025.

However, in order to reach a total agreement, the association of self-employed workers, ATA, also demands to continue with the flat rate, at least the first year of the entrepreneurs. And also, to lower the base for those over 47 years of age. Today, self-employed workers over 48 years of age are limited to €2,077.80/month for their contribution base. By law, they cannot contribute for higher bases unless they have done so before the age of 47.

When do these changes in the Self-Employed 2023 regime come into force?

If the agreement is finally reached, the changes will come into force as from January 2, 2023.

The Royal Decree establishes an express obligation for self-employed workers or freelancers who are already registered in the social security regime to communicate their data. Thus, workers who are registered on January 2, 2023, must communicate electronically to the TGSS before 10/31/2023 the net income data of their activity.