Work leave for the elections to the Community of Madrid 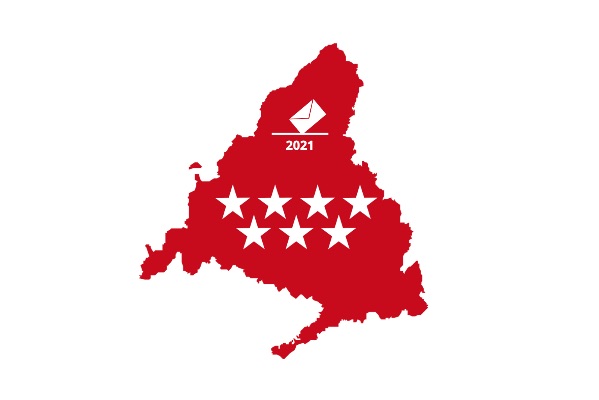 We explain the right to work leave for the elections to the Community of Madrid, recently confirmed by the TSJM, which will be held on May 4. However, some doubts arise due to its peculiarities. Fundamentally, because instead of being held on Sunday, as usual, voting will take place on Tuesday, which is a working day.

Voting on a working day is uncommon but not unknown in Spain.

The experts of our Labour Consulting indicate below which paid work leave must be granted by the company to its employees.

Work leave for the elections to the Community of Madrid

The work leave to vote in the next elections to the Community of Madrid on May 4, is included in the Organic Law 5/1985, of the General Electoral Regime.

Work leave to vote in elections

It is important to emphasize that they are the same as those already included. And therefore they do not change because it is a working day.

The Royal Decree 605/1999, of April 16, 1999, states in its article 13, that the public administrations must take the necessary measures so that the voters who work on the day of the elections can have up to four hours off during their working hours to exercise their right to vote. In addition, these hours must be paid.

The regulations make a distinction between part-time and full-time jobs. In the case of the former, they would have a proportional leave and therefore less than those 4 hours. Those who work full time would have the same.

Its duration depends on the greater or lesser coincidence of their working hours with the opening of the polling stations. That is from 9:00 am to 8:00 pm.

Duration of paid leave to vote

Each autonomous community decides the duration of these leaves, which as a guideline is usually this one:

(*) The company may ask its employees to justify that they have used that time to go to vote. To do so, the worker must provide the corresponding proof (official form signed by the president of the polling station).

As for workers who have to perform their duties far from their usual place of residence or who have other difficulties to go to vote on election day, they are granted the same rights as in the previous cases. But in this case to vote by mail.

In this situation they can enjoy a leave of absence and they can request the accrediting certification of their inscription in the census. That is contemplated in article 72 of the Organic Law 5/1985. The duration of this will be calculated according to the above-mentioned citeriores.

Work leave for having been appointed to a polling station.

Work leave for having been appointed president or member of a polling station.

If Tuesday, May 4 is a working day for the employee, the company must grant him/her paid leave, with prior notice and justification. Additionally, workers who are presiding or vocal are entitled to a reduction of five hours in the working day of Wednesday, May 5.

If you have a night shift and work the night of Monday to Tuesday, the shift that begins on Monday is considered an election day workday. Therefore, she would not work that night. In addition, if this person is elected member or president and works the night before election day and requests a change of shift, it is mandatory to grant it. Finally, if he/she has to work the night shift immediately following the election day, he/she is entitled to have this shift reduced by five hours.

Work leave for having been appointed as voting officer or proxy.

Whoever has been appointed as voting officer shall have the same leave as the president and the voting officers. As for the proxy, he/she is only entitled to the paid leave corresponding to the day of the elections. Neither the interventor nor the proxy is entitled to receive a per diem, unlike the members of the polling stations.

Work leave for having been designated as an substitute

Work leave for the elections to the Community of Madrid. Frequently asked questions.

Can the time of the paid leave be split for voting purposes or must the hours be consecutive?

The Community of Madrid, as do other Autonomous Communities, has its own rules for paid leave on election day. Depending on the number of hours of service that coincide with the opening of the polling station:

Does the 5 hours apply to any working day after the elections, whether it is a morning or afternoon shift?

It makes no difference whether you work a morning, afternoon or evening shift. In any case, you have 5 hours of reduction of your working day. But this is limited exclusively to the day immediately following the elections.

If my polling station is not in the same province where I work the following day, how many hours of leave do I have?

As in the previous case, you would be entitled to a five-hour reduction of your working day the day after the elections.

If I am called as a substitute for a polling station even if I work the night before or early in the morning?

You have the same leave as if you had been designated as the incumbent (President or Vocal). You cannot be working all night and then go directly to your work station, directly without resting. Then the leave should be that night.

If your working day starts in the early morning, the law exempts you from the obligation to start your working day. You must go to the polling station at 8:00 a.m. on the day of the election day for the constitution of the polling station.
Once constituted and if you do not form part of this, you are definitively released from any obligation. You will then be able to return to your job.

What happens if my working day is not a full 8-hour working day, am I entitled to the 5 hours of reduced working hours?

The regulation does not say anything about the fact that the worker, in order to have access to this right, must work full time. Therefore, it is directly applicable regardless of the employee’s working day.

Is a supporting document required?

Without prejudice to the rules that may be issued to this effect, in general in the Community of Madrid, it is indicated that it is the company that will decide the time of the working day in which the workers will have the permission to go to vote. And that it can also ask the workers for a receipt, an official model that the president of the polling station will have to sign.