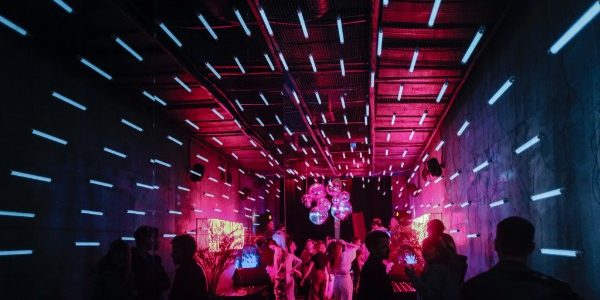 New opening and closing hours for premises and establishments in Madrid in 2022 are established. Given the consequences of the Covid-19, it is considered appropriate to set schedules that maintain the strength of the cultural, gastronomic and leisure offer in general in Madrid.

In addition, it has been considered of preferential interest to contemplate an arrangement that allows the maintenance of investments in the Madrid tourist market. Without detriment to other interests, equally prevalent, such as the protection of the tranquility and rest of the neighborhood environment. In this sense, the nighttime opening hours are not altered, except in the case of banqueting halls, which will see their margin of activity extended by one hour during the night. Likewise, a new regulation has been considered for the opening and closing hours of bars, cafeterias and restaurants.

From the publication of the regulation in the Community of Madrid, and in general.

Nightlife establishments with restaurants and shows will be able to bring forward their opening hours to 13:00 hours. For example, show-cafes, night clubs and show-restaurants, which can currently operate from 5:00 pm to 5:30 am. This makes it easier for them to offer food service, while maintaining the same closing hours.

The cocktail bars that have the category of special bar will be able to open one hour earlier than at present, that is to say, they could start their activity at noon. However, they would still have to close at 3:00 am.

In the case of discotheques and dance halls, the opening will continue to be set, as at present, at 17:00 hours and closing will be at 05:30 hours. As a novelty, those with a catering license will be able to start their activity from 12:00 noon, and closing time will be 5:30 am. On the other hand, banquet halls and similar, whose current schedule is from 10:00 to 2:00 a.m., will be able to extend it until 3:00 am.

In any case, and without prejudice to the general opening and closing hours determined in this order for all the establishments and premises regulated herein, a minimum period of six hours shall elapse between the closing of the same and the subsequent opening.

For the purposes of the order, summer time is understood to be the period between July 1 and September 30, both included.

Depending on the type of establishment according to the Catalog of Public Shows, Recreational Activities, Establishments, Premises and Facilities, approved by Decree 184/1998, of October 22nd.

They will be able to initiate and to conclude their activity, according to their category, in the following schedules:

They may begin and end their activity, according to their category, at the following times:

Premises included in section “V. Other establishments open to the public”.

They may begin and end their activity, according to their category, at the following times:

The closing hours of the premises and facilities referred to in this Order shall be extended as follows:

The general opening and closing hours for terraces in Madrid 2022.

Will be as follows:

Patron saint festivities shall be understood to be those officially established by each City Council in its municipal district.

Activities of general interest shall be understood to be those officially established by each Town Council in its municipal district that have a special impact on the life of the municipality. For cultural, social or economic reasons, especially for their impact on the activity of the productive or service sectors and on the creation of employment.

The discotheques and dance halls, which have catering service in their operating license, may offer such service from 12:00 hours.

Opening of doors of premises, enclosures and facilities.

The premises for shows and recreational activities shall be open and, where appropriate, properly lit, at least fifteen minutes before the start of their activities.

Without prejudice to the provisions of the applicable sectorial regulations, the venues and facilities for shows shall be open to the public with the following advance notice: